Posted on February 27, 2018 by TheAdventurousOne

With the Winter Olympics in the same country, over my winter break, and just a couple of hours away, of course I had to go!

The short version; I went for just under 24 hours. Less if you take away travel and sleep time.  For future reference, 24 hours was not enough. I spent more money on the hotel than on my ticket, but in retrospect a two night stay would have been better. There were lots of free things to do that I had been unaware of before hand. Having said that, I’m still happy. I got to see my favorite winter sport live at the Olympics!

I arrived in the area on Monday night, and after I found my hotel I decided to try to find Olympic Park. I’m so glad I did, because although it was late (ish) the store was practically empty (as compared to the miles long line the next day) and there were some cool things to see.  Tuesday after the event was so crazy. If I hadn’t gone Monday night I would never have been able to purchase any kind of souvenirs.

At one point, I came across what looked like a stage. I saw a drum kit and heard music, so I thought, “maybe somebody is going to perform soon.” So, I decided to join the crowd and watched and waited.  Eventually I realized that what was happening was The Today Show live! They were interviewing Adam Rippon. 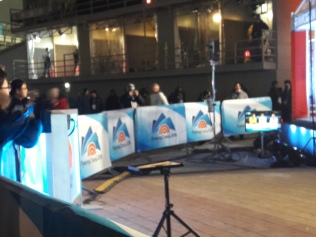 A few days after I got back home I decided to see if I could find a clip of the live broadcast. I found it, and I also found myself in the background!  Not exactly how I ever imagined seeing the Today Show live (not that I’ve spent lots of time wanting to do it, but it’s crossed my mind), but hey, I’ll take it!  It was an unexpected, but fun, moment.

These pictures are at Olympic Park the night before the actual event.  Except the Olympic Rings, those are in front of the KTX (train) station. 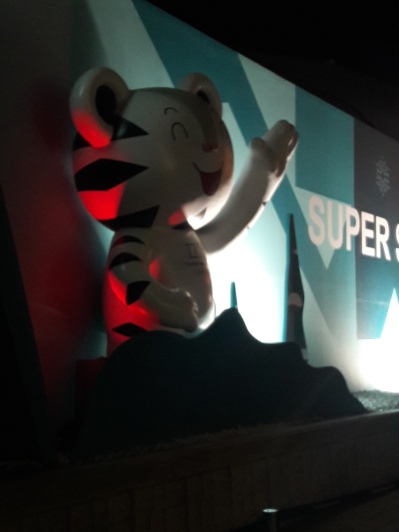 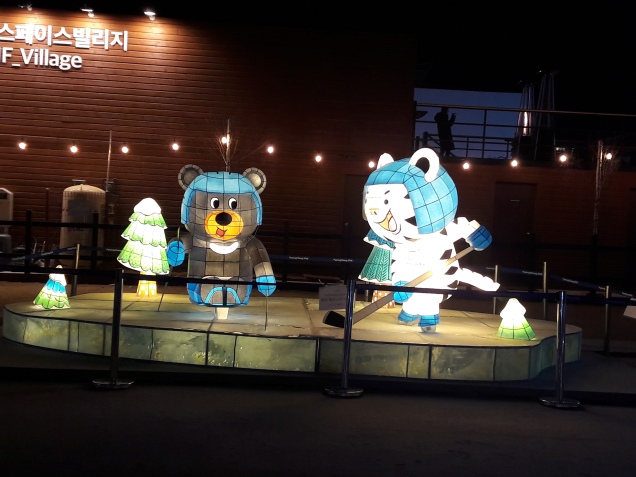 The next day I found myself headed to watch the Ice Dance/Free Dance.  Ice Dance has been my favorite since watching Torvill and Dean (on T.V.) skate to Bolero and win gold for Great Britain in 1984.

Side note, in the following pictures I am alone. But rest assured I was with a friend. However, said friend was given special permission to go with the instruction to not post any pictures of themself at the games online.  That said, I’m with a friend. We had fun, Canada’s skate rocked the house. They deserved their win.

Below are teams Korea, Great Britain, Canada, and USA. 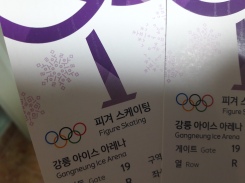 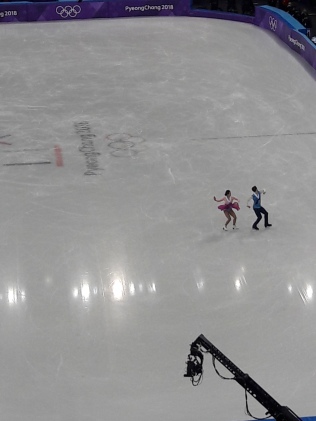 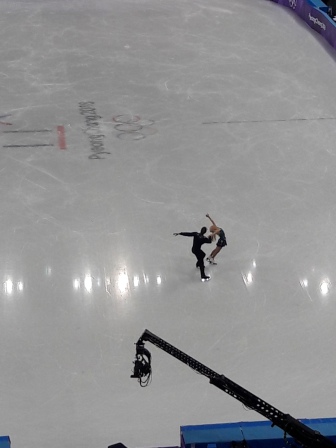 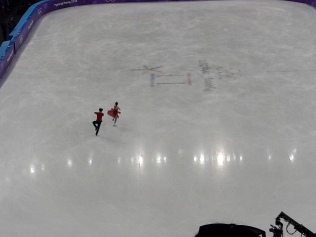 If you ever have the opportunity, I highly recommend that you try to go.  Los Angeles 2028, anyone?

This entry was posted in Korea. Bookmark the permalink.